Showing posts from 2014
Show all

Just a Spoonful of Gratitude Helps the Negative Go Down 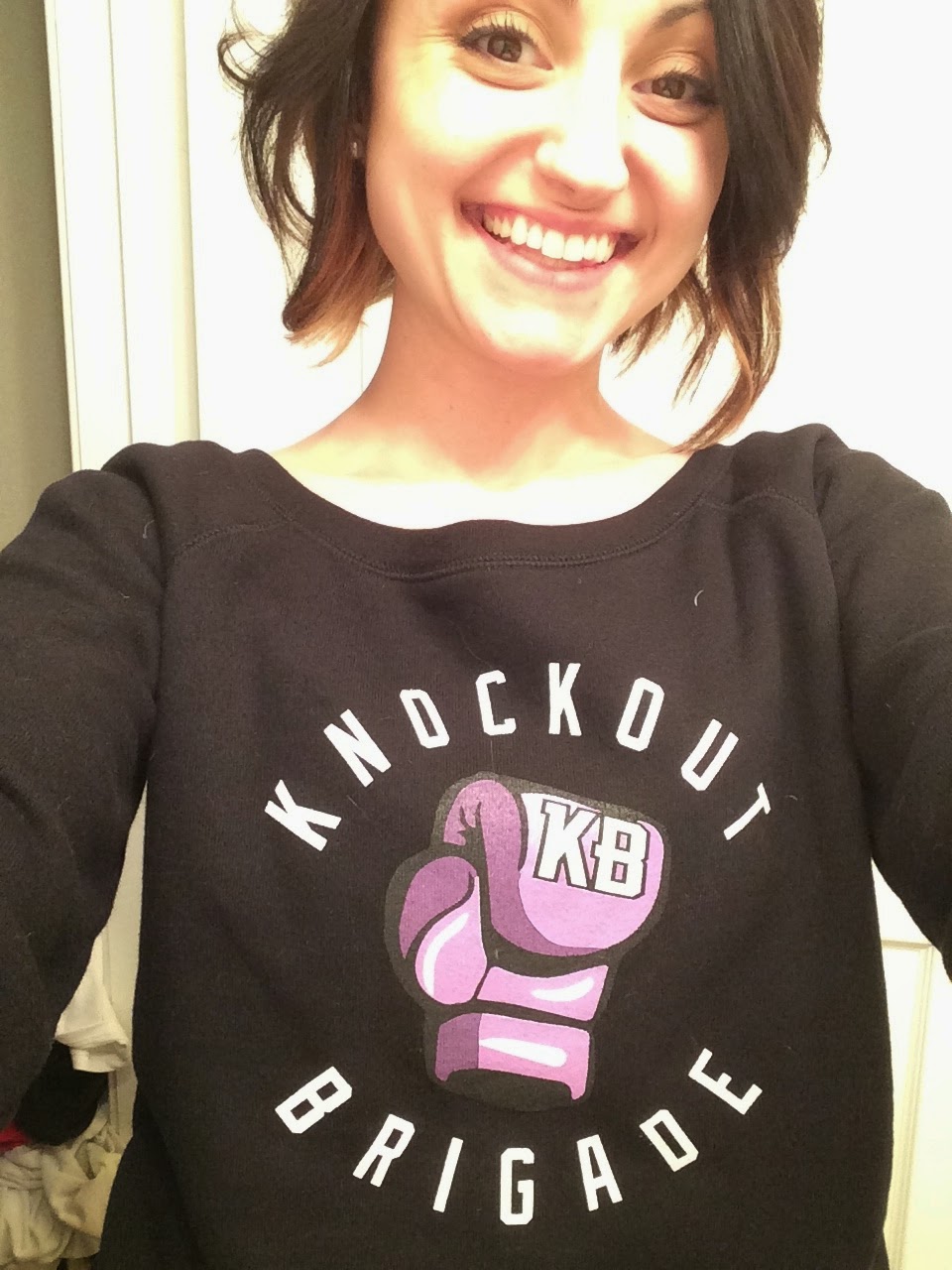 Long time no blog. I know. One of my 2015 goals is to blog twice a week-- keep me accountable! If you've been following this fitness journey of mine at all, you've probably become aware that in the recent months, I've been changing up my challenge groups a bit and adding a "gratitude" layer to them. I decided to add this little bit of extra around Thanksgiving when everyone is focused on what they are thankful for & the way the results went down, I couldn't help but to continue one throughout December, as well. & now here we are in January & there is no way I'm not running a group at the start of 2015 without the gratitude factor. Here's why: *I noticed a dramatic increase in the amount of activity from challengers when they had to focus on their blessings and what they were grateful for as opposed to just focusing on their health goals. *I found myself more excited to post in these groups what I'm thankful for, as well & I
Post a Comment
Read more

WHY IS THIS CHICK SO OBSESSED WITH PIYO? 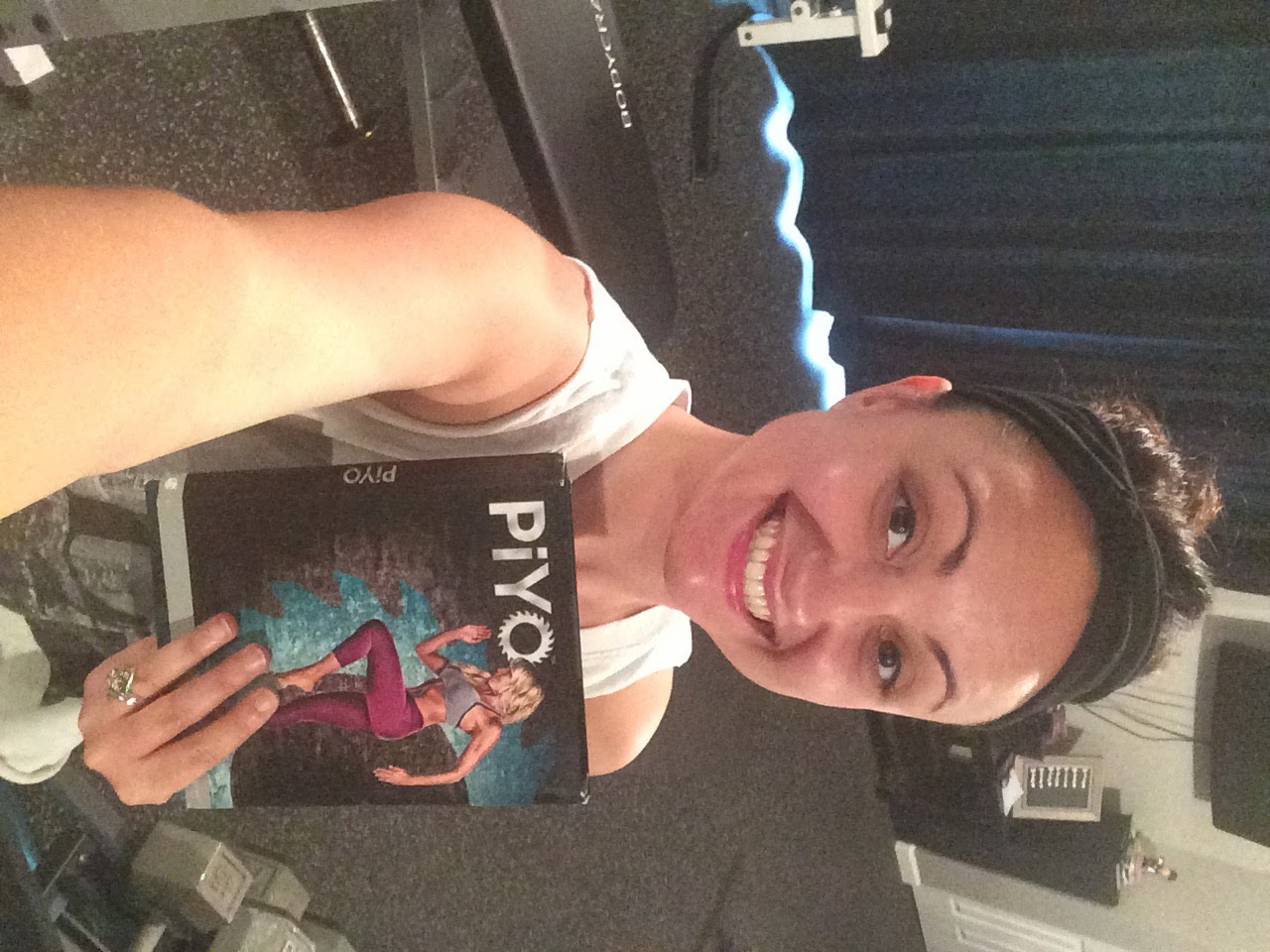 SERIOUSLY, this picture will not rotate! Alright, I know. I've been posting A LOT of PiYo selfies lately. But here's the deal.... this summer, when I was not dancing as much as I do during the school year, I did my first round of PiYo & YES, I loved it, however, I don't feel that I really was able to feel the benefits of this program until starting it over again this past week   during one of the busiest times of the year for me. Before starting PiYo over, I really developed a love for lifting weights, but his past Monday, I woke up, & literally hobbled around, waiting for my ankles, knees, back-- you name it-- to warm up & stop cracking. I thought to myself.. "You're only going to be 27! What is wrong with you?!" ... & then I decided to throw in some PiYo to get my day going. Here's what happened: *I immediately felt more energized upon completing the workout *I felt more stretched than I have in a few months & rea
Post a Comment
Read more

Dancing is my JAM, Beachbody is my JELLY. 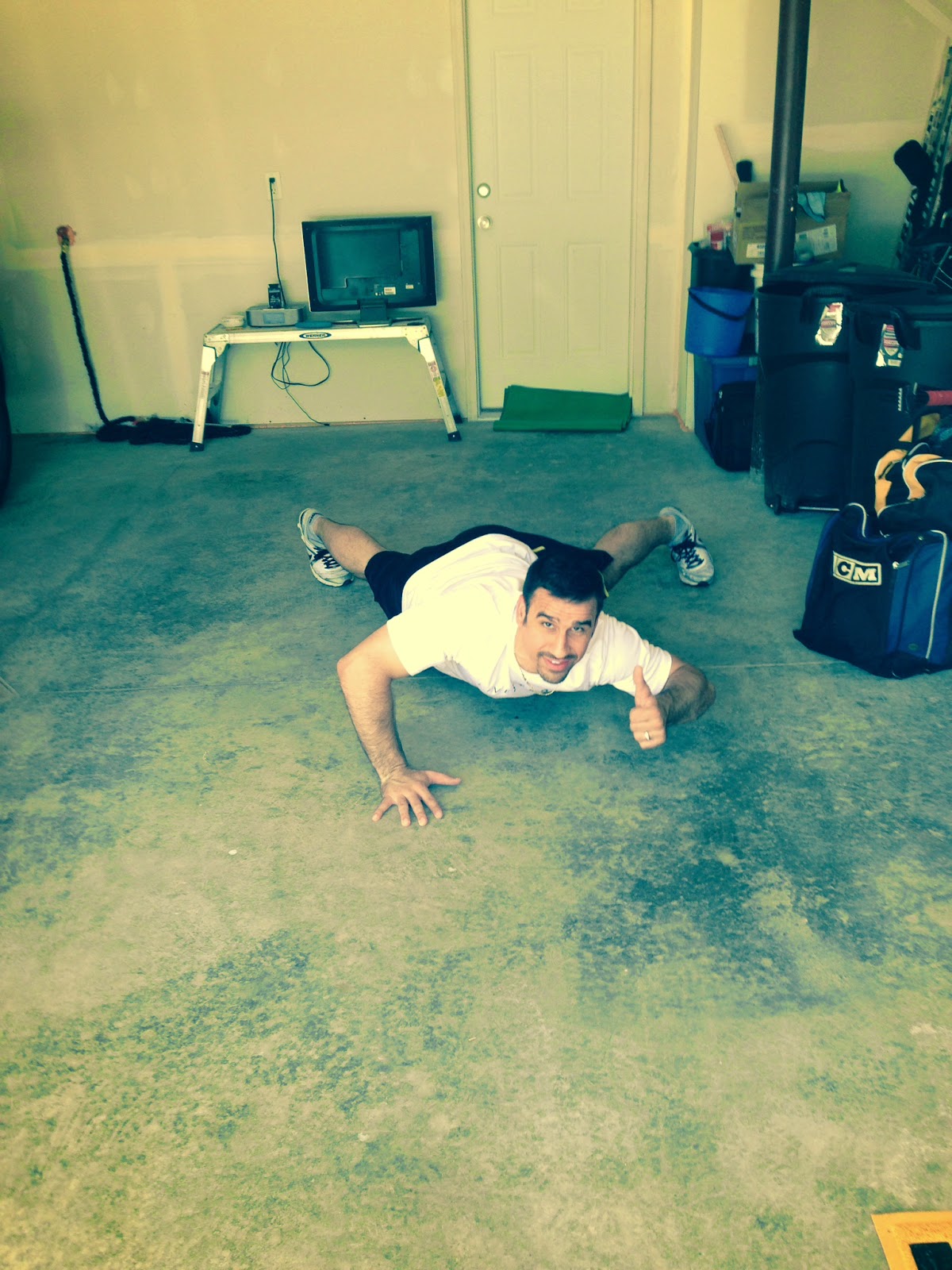 Recently, I've been doing a lot of "WHY?" searching. Why me? Why now? Why here? & a lot of things have fallen into place in the past week which have stirred up some "Ah ha!" moments that I'd like to share with everyone. I feel like I'm on fire & here's why: Last year, like I've mentioned before, my family & I attended the "Light the Night" walk in memory of my cousin, who just a little less than two months prior to that walk, passed away from leukemia. We raised a few thousand dollars pretty last minute & I feel like we all attended that walk with heavy hearts, not knowing what to expect, but realizing rather abruptly, that here we were, doing something for Em & she wasn't physically there with us. I know we all left the walk feeling uplifted, a sense of "joy" remembering her in such a special way & I know we all felt a sense of reassurance that she was there with us & we counted our blessings
Post a Comment
Read more 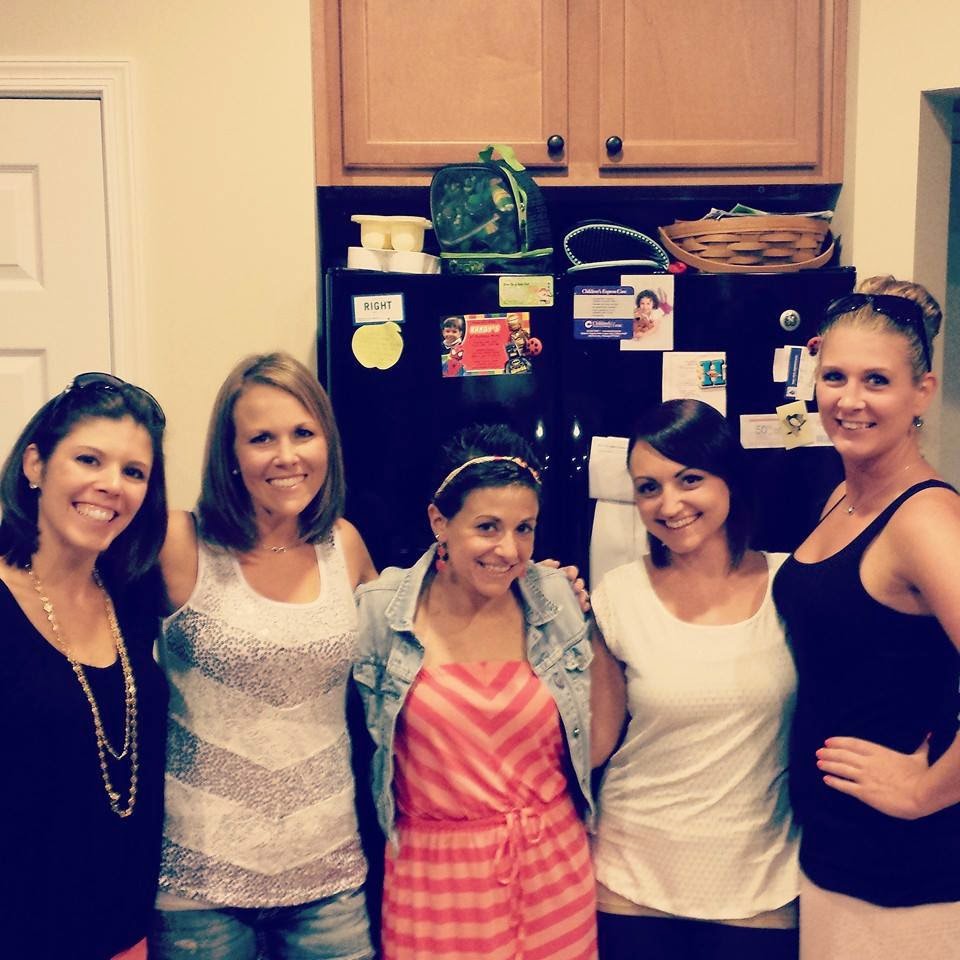 JULY IS A MONTH FULL OF FUN AND GAMES!  You don't only get me this month-- you get these ladies, too!  Have you been thinking about joining a challenge group because you've seen me going on and on about motivation, accountability, clean eating tips & tricks? July is absolutely the month to do this, for a few reasons. But, if you're like me & you love games, this is your month! First, I'm sure you're asking yourself, "What is a challenge group? What do I have to do?"  I have TWO challenge groups coming up this month which I'm super pumped about because my challenge groups right now have kicked off to an amazing start with great accountability & really positive people! The first date is JULY 14TH & this will be a general, 30 challenge group. What is a general 30 day challenge group? It's a group where you can be participating in ANY Beachbody program & nutrition. This group will last 30 days & during that time, every
Post a Comment
Read more 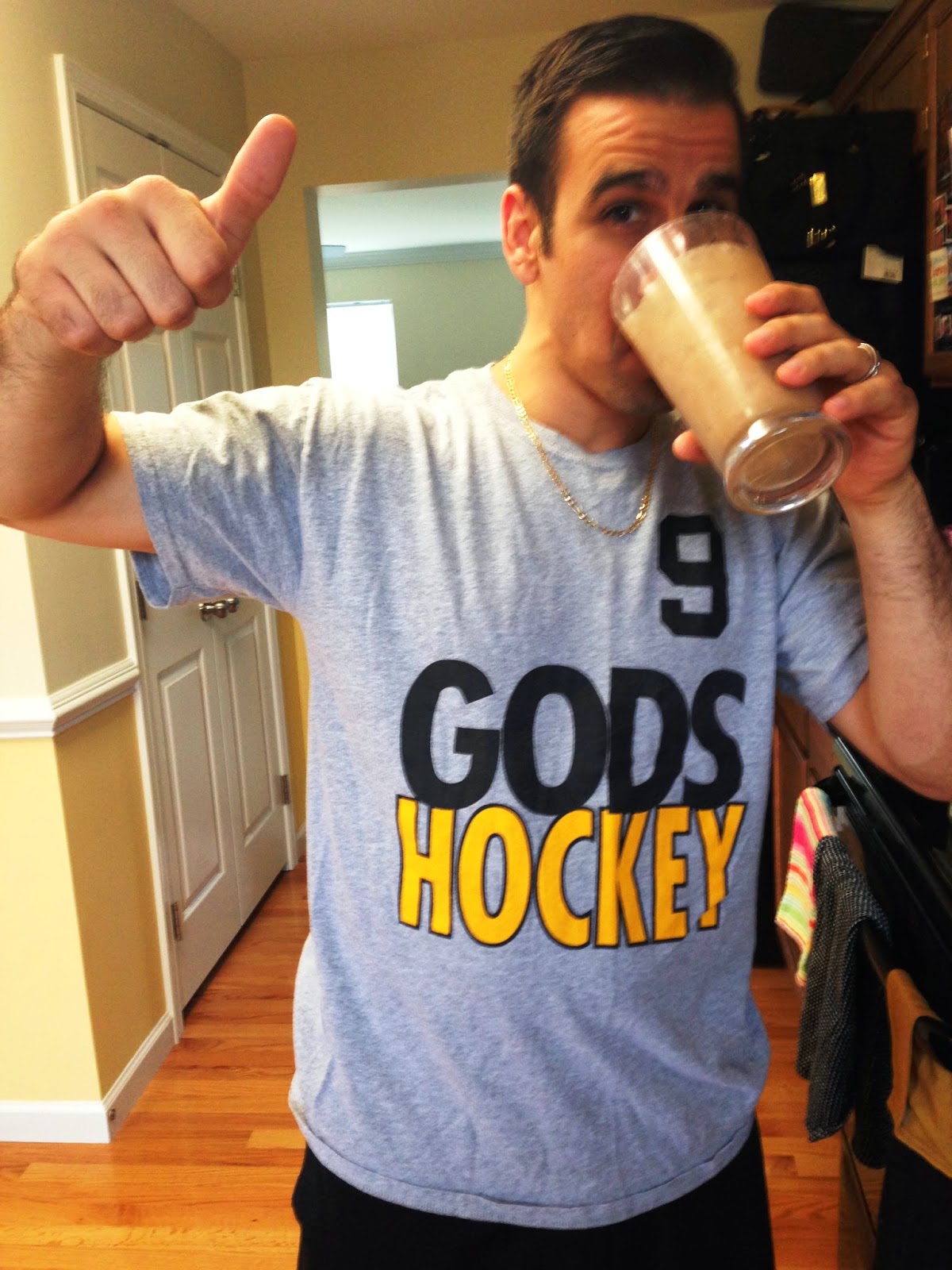 Thumbs up to the healthiest meal of the day!  Yep. You read that title right. My husband is ALWAYS right (except for when he's wrong). But in this case I'm about to talk about, he was right. Have you ever thought about eating clean, but gave up because it seemed completely overwhelming? I used to be one that thought "clean eating" was just another way to say "starve yourself". A long time ago, my husband, who is a type 1 diabetic, started teaching me about some clean eating principals in order to better educate me on how he could maintain his sugar levels throughout the day. Of course, I didn't want to listen to him or let him think for a second he knew more than me about something......but I lost this one. Spaghetti Squash FAIL! will someone teach me how to cut one of these things?! What I've learned for myself, is that eating this way is not only is good for Dave's diabetes, but has helped my own digestion, metabolism, skin, and e
Post a Comment
Read more 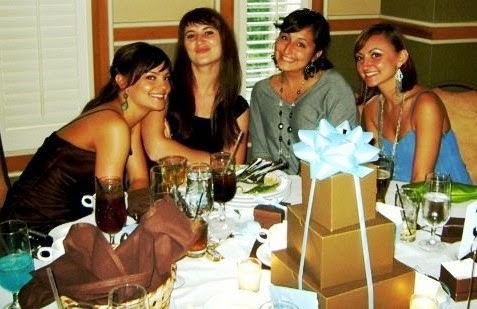 Here we go-- my first blog post! I'm sure some of you are rolling your eyes or chuckling because I've only been trying to get Dave to start a blog for what? at least a year? But, here I am... and here we are... :) So, my reasoning behind this blog is fairly simple. I want to share my story and inspiration & I don't want to blow up the Facebook newsfeeds of everyone who doesn't care (it's been a hard lesson learned, but yes, some people just don't care about what I have to say!), so I feel like this is a safe place to do so. This blog will be mostly about my journey with my family, fitness, dancing, and friends. I'll always keep it positive, I promise. I'd like to just get a little bit of information out now about what inspired me to take this route at this point & why. Most of you know, I recently became a BeachBody coach. Once again, Dave had only been telling me I would be good at it for at least six months before I finally logged onto t
1 comment
Read more